About the artist: Brian Yatsattie

Brian hails from a family of skilled jewelry makers. His mother, Janta Yatsattie, was esteemed for her petit-point jewelry.

Brian initially pursued painting as his artistic passion, yet in 1989 he took up carving simply because it "looked fun".

After moving to San Felipe Pueblo in 1992, Brian now also imparts his skills to others as he carves unique Zuni fetishes with a distinctive style.

His one-of-a-kind and custom Zuni carvings are both stylish and straightforward, making them irresistible to a wide range of buyers and collectors.

He is an incredibly inventive and talented carver. 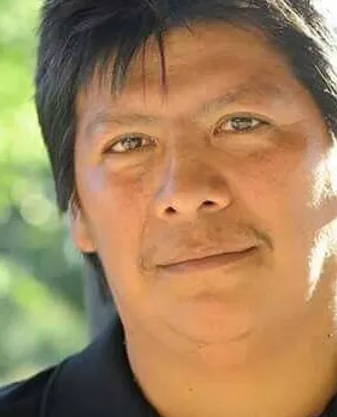 A Closer Look at the History and Meaning of Zuni Carvings

Zuni carvings are a type of Native American art that is unique to the Zuni people of New Mexico. They are made from a variety of materials, including stone, shell, and wood.

Zuni carvings have been produced for hundreds of years and are highly prized by rock collectors and art enthusiasts. Their historical significance stems from the fact that they are one of the few forms of Native American art that is still being produced today.

Zuni carvings often depict animals or spiritual icons, and are often decorated with intricate patterns and symbols. They are considered to be spiritual objects, and are believed to have healing powers.
Overview of Zuni Carvings

So what are Zuni Fetish carvings? Fetish carvings are small carvings made from a variety of materials such as stone, shell, wood, and antler. They are often carved in the form of animals or human beings.

Zuni Fetish carvings are believed to be turned to stone by a lightning bolt. They are used as part of daily ritual life by the Zuni people. Each carving is said to represent a different animal spirit and is thought to possess magical powers.

The Zuni people believe that the earth is alive and that all things in nature have a spirit. The carved animals are said to represent the spirit of Mother Earth, and the Zuni people see themselves as her children. The carvings also serve as a link to the Zuni ancestors.

What Is a Zuni Fetish?

A Zuni fetish is a small carved animal or icon that is an important part of the Zuni culture.

Zuni fetishes are usually made from stone, shell, fossils, and other natural materials. They depict animals and icons that are integral to the Zuni culture, such as the bear, the deer, and the sun.

Zuni fetishes are believed to hold magical powers that protect the owner from harm. They are often given as gifts or used in healing ceremonies.

The Categories of Zuni Fetishes

Each category is divided into two parts: the first part represents the physical aspect of the creature, while the second part represents the spiritual aspect. For example, the grizzly bear is classified as a physical creature because it is a land animal, while the thunderbird is classified as a spiritual creature because it is associated with the element of air.

Zuni carvings are not only beautiful but also carry a lot of historical and spiritual significance. They are a unique part of Native American culture and are well worth collecting.

The Meaning of Zuni Carvings

Zuni fetishes are small carvings made from stone. They are meant to evoke animal spirits, and the Zuni believe that all things have a spirit. Fetishes are used for ceremonial purposes, and each one has a specific meaning.

The most common type of fetish is the turtle, which is a symbol of Mother Earth. The turtle is also seen as a link to Zuni ancestors, and it is believed to bring good luck. Other popular fetishes include the bear (symbol of strength and power), the wolf (symbol of loyalty), and the eagle (symbol of freedom).

The History Behind the Creation of Zuni Carvings

The history of Zuni Fetish Carvings dates back to 650 A.D. when the first known examples were created. These carvings were made from a variety of materials including stone, wood, bone, and shell. They were created to represent animals that the Zuni believed possessed power.